Minister of Foreign Affairs of the Anti-Semitic Regime in Georgia 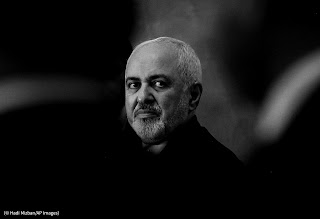 Today, January 27, is World Holocaust Remembrance Day. On this day, Georgian media report that Foreign Minister Javad Zarif is coming to Georgia. Anti-Semitism is the official policy of the Islamic regime of Iran.

Benjamin Netanyahu the prime minister of Israel says: "Anti-Semitism the official policy of Iran, which day after day declares arrogantly: Our goal is to kill another 6 million Jews and destroy Israel. Indeed, no vaccine has been found for the virus of anti-Semitism. Some would say that it will never go away because things don’t change."

It should be noted that the Iranian regime is not only anti-Semitic but also inhumane.

In the bloody November of 2019, the regime shot thousands of Iranians in the streets, many of them teenagers. This is not the first time that the Islamic regime has killed many groups in the streets. The history of this regime is full of such crimes.

Javad Zarif is known as the"Chief Apologist" because he always denies the criminal acts of his regime, but today the facts are so obvious that anyone can know what is going on inside Iran. Amnesty International, Human Rights Watch and dozens of other international organizations have published numerous reports of human rights abuses and political executions in Iran. Today, the world knows Navid Afkari, a 27-year-old Iranian athlete who was hanged for participating in the November Bloody protests. Ruhollah Zam was a blogger who was a political refugee in France. When Ruhollah travels to Iraq, Quds Force agents kidnap him and transfer him to Iran. He is hanged in Iran.

I think Georgian public opinion should know more about the Iranian regime. It is our duty as Iranians and all those who are familiar with Iranian issues. Hundreds of Iranians have applied for asylum in Georgia in recent years, which has made the Georgian people and government more aware of issues inside Iran, but that is not enough. Georgian officials should be aware that any deal that prolongs the life of the Islamic Republic in Iran would be detrimental to security and the people of the region as a whole.