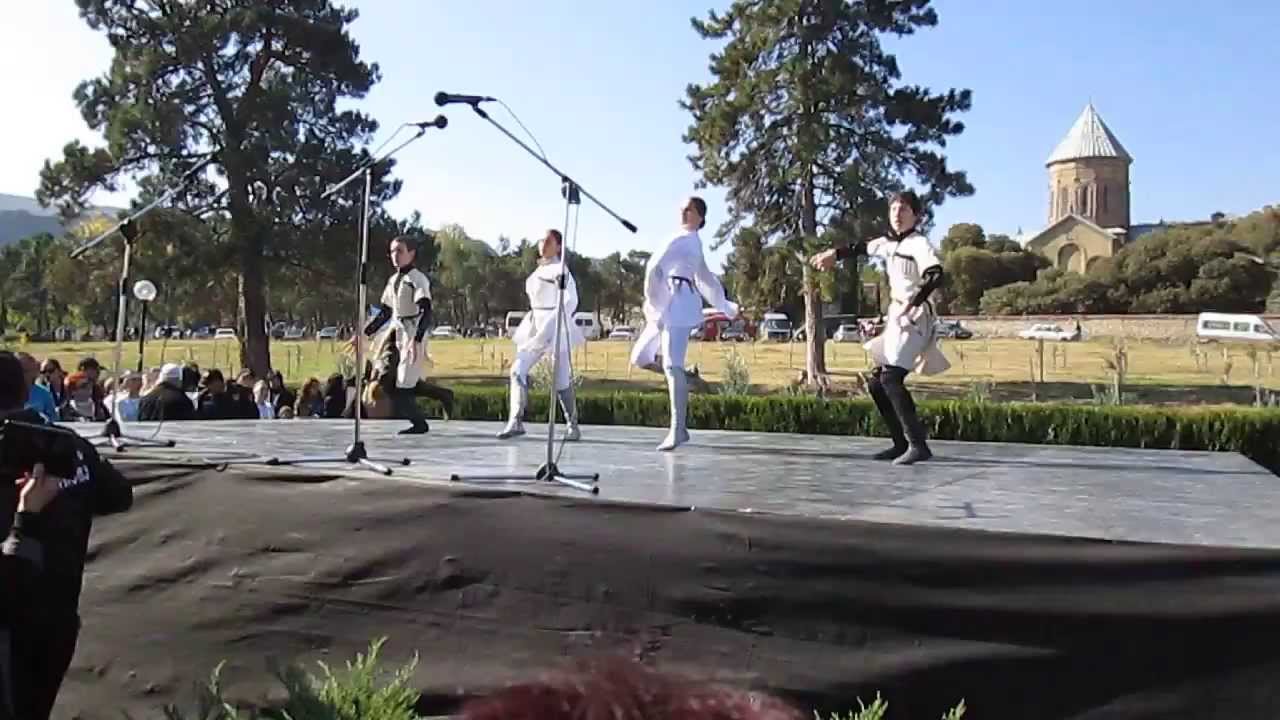 On October 14, Georgia celebrates the  fest of Mtskheta city or Mtskhetoba. The festival has religious roots and is associated with the Svetitskholoba სვეტიცხოვლობა, but a national holiday.
Svetitskhoveli Cathedral  in the city of Mtskheta is one of the most important religious sites for Orthodox believers. It is said that the Seamless Robe of Jesus (Holy Robe) has been buried in the churchyard.
According to religious tradition, Holy Robe was brought to Georgia by Elias in the 1st century AD. Elias, a Mtskhetian resident, bought the robe from a Roman soldier in Jerusalem. When Elias returned to his hometown, he met his sister Sidonia. When Sidonia touched Jesus' robe, she was so moved that she died, and no one could separate the robe from her. So they buried Sidonia and Robe together. A tall cypress tree growd at Sydonia's burial place.
During the reign of King Mirian (early fourth century AD), they decided to build a church in the 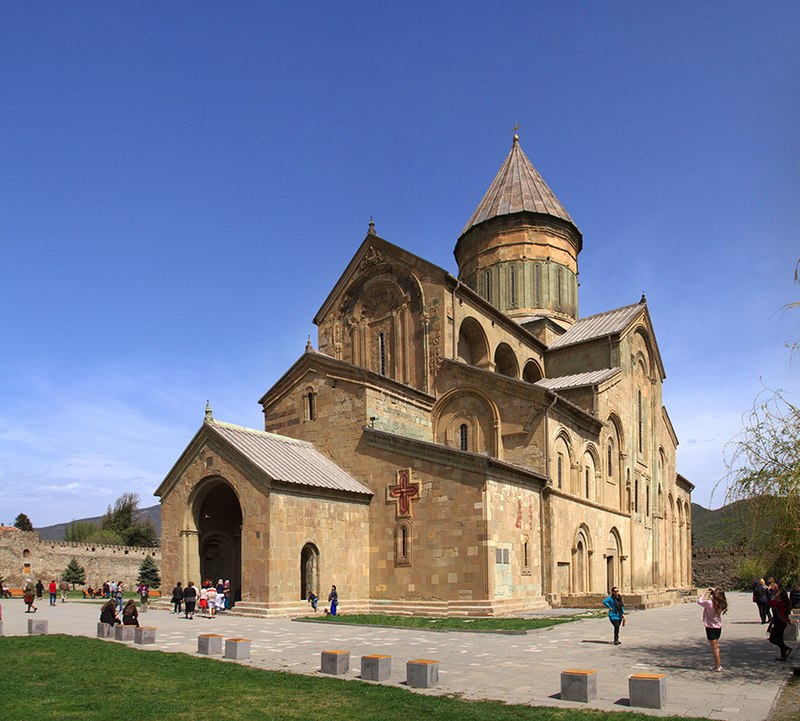 place where the cypress was located. So they cut down the cypress tree, and Saint Nino (the holy Nino) built seven pillars by them. The seventh pillar, however, was magical and went to heaven. Saint Nino prayed all night until the pillar came back to earth. From the seventh column flowed a sap that healed all the sick. In Georgian, sveti means column and tskhoveli means life .The so-called Church means a pillar of life.
The current building of the Svetitskhoveli Cathedral was built in the early 11th century. Svetitskholoba is the name of a ceremony held every year on October 14, during which people visit Svetitskhoveli Cathedral. Because this ceremony is held in Mtskehta, on the same day, the celebration of the city of Mtskheta is also held, and it is called the Svtsitskholoba-Mtsekhetoba ceremony.
In recent years, however, the religious aspect of the ceremony has diminished, especially among young people, and October 14 is called Mtskhetoba or the day of celebration of the city of Mtskheta. Like other national festivals in Georgia, traditional dances and music and wine drinking are common in the fest.