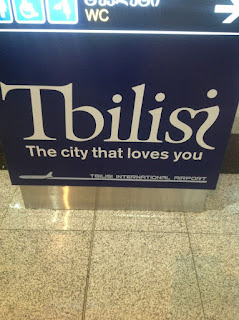 I sat in a cafe in the old town and ordered coffee. My mobile phone rang after ordering. I talked to the other side in Persian for a few seconds and hung up. At this time a young man came to me and said: Get out of here. I asked why? He said this cafe is for Georgians and not you.

The story I told is not very important in itself. Maybe there are extremists all over the world who do not like a particular people or nation, so let me tell you another story. Once in last September, I went to the police office near Station Square. At first, the police officers greeted me with a smile. After some talking, one of the officers asked about my nationality. When I said I was Iranian, all the officers frowned and their attitude dried up. This was not the first time that the police in Tbilisi frowned at me because of my nationality.

Tbilisi has historically been a peaceful place for people of different faiths and religions. 10 years ago, when I was forced to leave Iran and came to Tbilisi, I did not see such encounters, but in last several years , it seems that Tbilisi only loves some people.