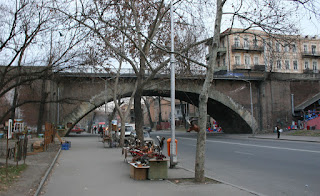 Dry Bridge (მშრალი ხიდი) is one of the historical monuments of Tbilisi, next to which there is a market of the same name. This proximity has led most sources to point to the "Dry Bridge Market" and pay less attention to the Dry Bridge, as many tour guides do not know the history of the bridge.
Today, the Dry Bridge is located on Zviad Gamsakhurdia Street (ზვიად გამსახურდიას ქუჩა).At the time of the bridge's construction, there was no such highway, but instead a canal through which

the water of the Mtkvari River flowed.
The Dry Bridge was built between 1848 and 1851, in the mid-nineteenth century. The builder of this bridge is an Italian architect named J. Skuderi (Джованни Скудьери). At the time, Bridge was called the Small Mikhailovsky Bridge (Малым Михайловским) , which ran along the Great Mikhailovsky Bridge. In 1933, the water canal under this bridge dried up and was replaced by a street. Since then, the bridge has been known as the Dry Bridge. The bridge is now located along the the Bridge (ზაარბრიუკენის ხიდი) which is larger than that. The Dry Bridge Market was formed in the late Soviet era and has survived to the present day. In this market, antiques, Georgian rugs, churchkhela, second-hand accessories and in general, any object that people have at home are offered. Paintings are on display in some parts of the market, and some call it the Painters' Park. Part of it is the hangout of real estate brokers and intermediaries, who are engaged in renting houses and apartments and selling land. Here are some photos from the Bridge of Dry Bazaar and the Painters' Park: 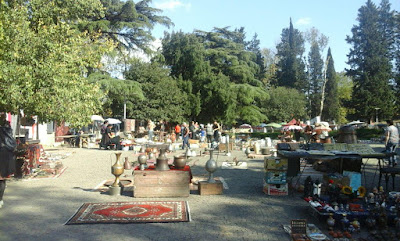 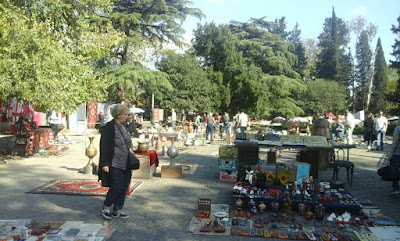 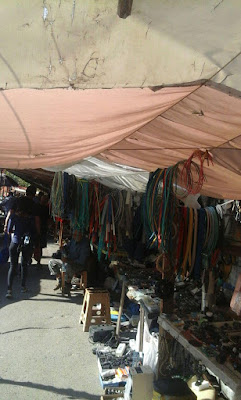 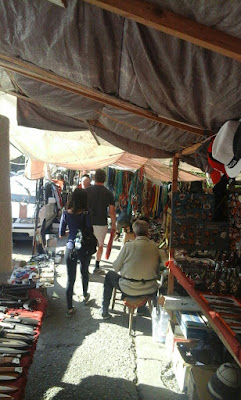 Painting and artwork from production to consumption: 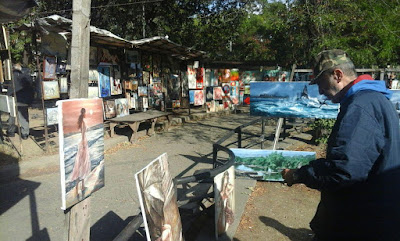 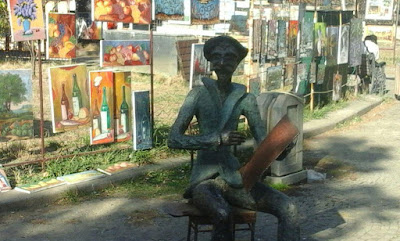 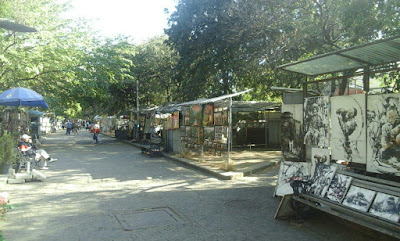