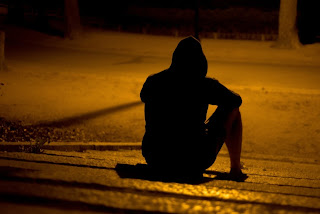 Usually business is stagnating in winter and we are waiting for March but this year the spring has been as worse as former season and there is not any tourist in the country due to COVID 19 situation.
The long recession has wiped out all financial resources and savings to the point where it is no longer possible to buy bread. In such situation, I contacted  UNHCR and they introduced the World Vision Organization.
On April 13, I contacted the World Vision via Skype. They said that the social worker would contact you. A person who introduced himself as Benjamin called me and after a lot of questions said that the information would be sent to the Social Service Agency and they would decide. Benjamin asked about education, profession and other issues that I don't know how they relate to social assistance. A few days later, another person from the same organization called me and said that he was a social worker and asked questions again. It's not easy for a hungry person without money to answer questions , but this time I answered. He said a request for help would be send to a commission in UNHCR and they decide.
On May 4, they told me that the commission had not agreed to the request for assistance. I wrote to the UNHCR and spoke to them via WhatsApp. I explained that I was in a very bad situation, both financially and physically, so that I felt that my life was in danger. They said we would inform World Vision to look into your situation.
On May 11, another person from World Vision called me. He said he had taken my case to the commission, but they did not agree to the funding. I asked him which commission? What are the criteria for funding? What was the subject of the Social Service Agency that Benjamin was talking about? Why don't you register online? I didn't know the answer to all my questions. He didn't seem to understand my physical and mental condition and was saying why you are shouting. World Vision's assistant  was prosecuting me😌.
On May 14, someone called from World Vision, introduced herself  Maryam  the manager. She said the ban has now been lifted and you are allowed to open your shop. Of course, she did not say how someone who has no longer saving and who is sick can open a shop. I was in such a bad mood that I couldn't ask her anything.
On May 15, someone called World Vision and said she was a lawyer, and if I had a question about the rules, I could ask her.
Well, it seems that World Vision has done its job. I have been contacted many times. The problem was that I was sick and penniless and these calls bothered me.
If an asylum seeker needs help, who might do? A very annoying question bothers me. Why have these people become so heartless and unfeeling?
Posted by J.G at 3:07 AM